Rx for Healthcare - About 600,000 Oregonians are uninsured and hundreds of thousands of others are underinsured. RxforHealth is an open and non-hierarchical discussion forum on healthcare reform. 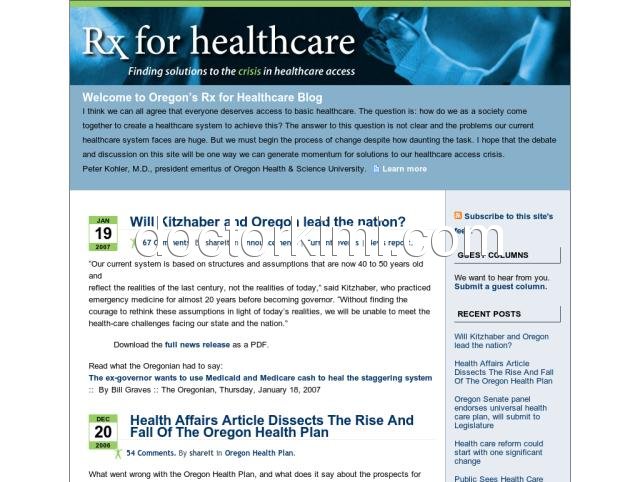